It is amazing how much you can accomplish when
it doesn't matter who gets the credit.
~ Unknown

Success usually comes to those who are too busy
to be looking for it.
~ Henry David Thoreau

Commit to the Lord whatever you do,
and your plans will succeed.
~ The Bible, Proverbs 16:3 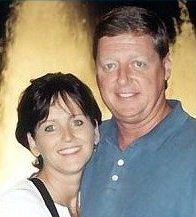 Bluewater iNet Group LLC began operations in January 1996 as Hometown Internet Publishing, a home-based business in Port St. Joe, Florida. In March of that year, we opened our doors to the online world by establishing our first portal website. We partnered with the Gulf County Chamber of Commerce, allowing the site to be used as the official website for the Gulf County Chamber of Commerce, helping the chamber expand its membership base as the primary goal. The site included a collection of pages about the Gulf County, Florida and Mexico Beach areas, and an "Online Yellow Pages" that included many local businesses.

In October 1998 we developed a website portal project and used it to assist the newly organized Mexico Beach Community Development Council, providing more exposure for the Mexico Beach area.

In 1999, our team grew to include Andrew Davis, a talented young man who would become a vital part of the exponential growth we were to experience in the decades ahead.

In September of 2003 our name was changed to Bluewater iNet Group, LLC, launching us toward the future with a new look, and the same committment to personal service, design excellence and innovation. Our portal sites continued to grow as did our list of satisfied, successful clients and website projects.

Our client list has grown to include more than 300 businesses and organizations, each client bringing to the table their own distinct set of needs and challenges.